MOM Darlene Brister has been arrested after three young kids died and several others were injured in a house fire.

Police allege that Darlene Brister, who is 40 years old, attempted to stab them while the house was on fire.

A neighbor in Paulding County, Georgia, called 911 just before 9.30 p.m. on Friday night after witnessing a domestic dispute and seeing smoke and flames spewing out of the windows of a house located on Woodwind Drive.

According to the reports of the police, there were seven youngsters inside the house when the fire started.

When the firefighters arrived at the house, they found two little children who were not responsive to their rescuers’ efforts.

The burned bodies of an infant and another youngster between the ages of three and five years old were discovered at the top of the stairs inside the house, according to the police.

READ MORE STORIES:  Uvalde shooting: Gunman could have been stopped within three minutes

According to the authorities, a third youngster, aged between 5 and 6 years old, was airlifted to Grady Hospital with burns covering 75% of their body.

Another child, this one between the ages of seven and eight years old, was brought to the Wellstar Cobb Hospital.

In addition, police said that three further children aged 14 to 16 years old escaped the fire by jumping out of a window on the second level.

One of the children sustained an injury to their ankle, while the other two were unharmed.

After discovering Brister, the mother of the children, unharmed in the rear of the house, sheriff’s deputies took her into custody and placed her under arrest.

She is currently facing two counts of murder with malice, but the police have indicated that it is possible that additional charges may be brought against her as the investigation continues.

The Paulding County Sheriff’s Office, the Georgia Bureau of Investigation, and the state fire marshal’s office are all working on the investigation. 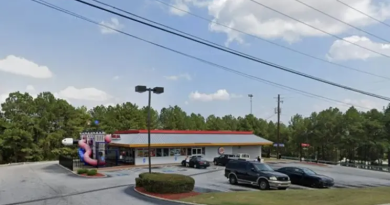 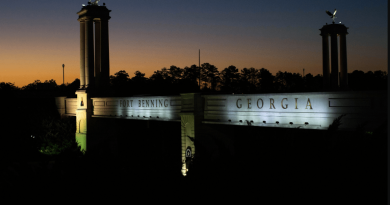 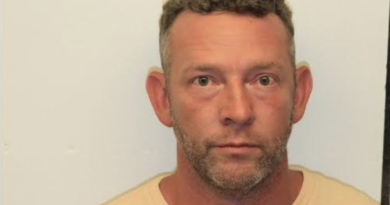