During the horrifying attack that took place in Auckland, New Zealand, terrified individuals, including mothers and their children, ran for their life as they were being pursued by a man armed with a “large knife.”

According to Superintendent Naila Hassan, a total of four individuals of the general public were injured as a result of the “random” attacks.

She stated that the bystanders who had intervened, including one person who was using a crutch, had “acted with bravery” in order to assault the man who had “quite a large knife.”

According to the police, the incident took place at approximately 11:18 a.m., when the suspect stabbed the resident of the residence.

After that, he went to the beach in the North Shore region, where he stabbed three persons near a bus stop. After that, he left the area.

After the man began after her, one of the women stated that she had no choice but to escape while yelling and calling for assistance.

As she said to the New Zealand Herald, “I was wearing headphones and went to remove the headphones to talk to him because I assumed that’s what he wanted.”

The man, though, had something about him that frightened her, and “he just started running at me,” as she put it.

On the beach, Dianne Hilbourne was with a group of other mothers and her son, who was three years old, when a woman advised them to grab their children and get out of there quickly.

It was at that point that another man appeared with an enormous stick who was visibly terrified and advised her to collect her children and go as fast as she could down the beach.

Therefore, we simply grabbed our children, abandoned everything else, and rushed in the direction of the sound.

“It was quite frightening; the children were extremely distressed, and they were all sobbing and shrieking.”

According to the testimony of one eyewitness, a construction worker used his crutches to stop the man wearing the hoodie and carrying the knife.

According to her account, the aggressor pursued a young woman of 17 years of age who shouted.

According to the testimony of the witness, at first “we thought she was being foolish, she was shrieking.”

Then, though, “he stabbed two persons, entirely at random… it all happened very rapidly,” the police said.

According to Superintendent Hassan, the individual was hurt as a result of being taken down, and he is currently being treated at North Shore Hospital under the protection of the police.

According to her, the occurrence is not being investigated as a case of hate crime. 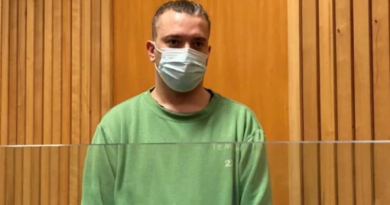 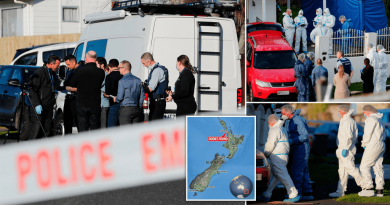 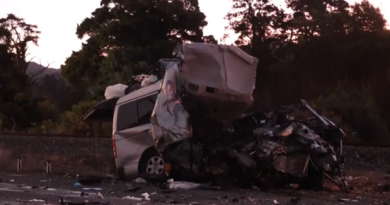