After suffering a defeat by knockout at the hands of Kell Brook in February, former super-lightweight world champion Khan, 35, announced his retirement from boxing.

And Pacquiao, 43, who is the only boxer in the sport’s history to win eight different weight classes at the world championship level, called it quits after losing by unanimous decision to Yordenis Ugas in August of last year.

The Filipino candidate, who is currently serving as a Senator in his own country, made an unsuccessful bid for the presidency in May.

Khan confirms that Pacquiao’s trainer Freddie Roach called someone close to him to negotiate a bout.

During an interview with iFL TV, he shared the following statement: “I got another phone call for another one [fight] today.

That’s not the case.” “Listen, we want to fight now that Manny [Pacquiao] hasn’t won the elections; let’s have an exhibition or perhaps even a legitimate bout.” That’s what Freddie Roach said to one of my friends on the phone.

“They want to do it in the United Kingdom, but you know all that nonsense about pursuing Floyd Mayweather and Manny Pacquiao. It was not meant to occur then, and it may not occur now either.

“Therefore, I will not pursue something. I heard it and was somewhat amused by it.

I didn’t even want to address anything because, to be honest, it’s probably all nonsense.

Throughout his career, Khan was frequently mentioned in connection with bouts against both Manny Pacquiao and Floyd Mayweather, but he never actually fought either of those boxers.

After winning the undisputed title at 140 pounds in 2011, the Olympic silver medalist eventually moved all the way up to 160 pounds, where he challenged Canelo Alvarez for the middleweight title but was knocked out in the fight. Canelo Alvarez won the fight by knockout.

In the early part of this year, he made his long-awaited return to the ring against his sworn enemy Brook, but he was completely outmatched in a performance that effectively brought an end to his legendary career. 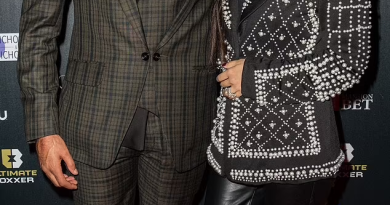