Colombian President-elect Gustavo Petro tweeted his condolences to people that were killed and affected by the collapse. He also called on mayors to pause shows following this incident.

Videos have circulated through social networks in which it is seen how one of the boxes of the space in which the corralejas were advanced, in El Espinal, Tolima, goes to the floor. Dozens of people fall from their chairs while other citizens try to persuade the bull that was in the middle of the arena to prevent it from attacking those who were in the public. This is added to the injuries suffered by those who faced the bull in the midst of the controversial activity that, for years, has been classified by environmentalists as animal abuse.

While Civil Defense attends to the emergency in the Plaza de Toros del Espinal, which is known to have left some 500 people injured, it was reported that there are already nine people who were injured due to the charging of bulls. Six of them were taken away with serious injuries.

“There is a patient with serious injuries, he was taken to the hospital in critical condition, there he was stabilized , according to the doctors’ report he is still in custody with a reserved prognosis,” said Major Luis Fernando Vélez, director of Civil Defense in Tolima. “Unfortunately, people who irresponsibly get into the corraleja cannot be controlled, but we are guaranteeing safety and that the community has a healthy fun at the patron saint festivities ,” said Ever Sarmiento, municipal government secretary.

According to a witness to the events, the tragedy generated is a “terrible situation.” “Half of the boxes have fallen, there are many injured,” he stressed in the call in which the citizen reported what happened. Taking into account the facts, the authorities declared a yellow alert in El Espinal due to the situation. There were six boxes, witnesses say, that collapsed. Likewise, there is talk of the flight of some of the bulls that were in the square.

While more details of what happened are known, this case recalls what happened a few days ago in the corralejas in Repelón, Atlántico, where one person died and 13 were injured. The fatal victim, according to the authorities’ report, lost his life after one of the bulls nailed one of his horns. Three of the citizens who were injured, meanwhile, were taken to hospitals in Barranquilla.

“This is a tradition that we have to celebrate the patron saint festivities in the municipality of Repelón. The community made the call to respect the customs. Two years ago the patron saint festivities were not celebrated. Unfortunately, people who irresponsibly enter the corraleja cannot be controlled, but we are guaranteeing security,” said Ever Sarmiento, Secretary of the Government, about the tragedy.

The representative to the elected chamber, Fernando David Niño Mendoza, for his part, asked that the permission requested to carry out the corralejas in Bayunca, in Cartagena, be denied. “I ask the mayor of Cartagena to attend to this urgent call, since nothing justifies the animal abuse to which the bulls are subjected in this kind of events ,” said Niño.

He assured, in his request, that the Colombian State has the duty to ensure the prevention and elimination of animal abuse and cruelty, by virtue of the principle of social solidarity (Law 1774 of 2016). “As an animalist councilor in Cartagena, I will do everything possible to prevent this event from taking place (…) An event that only fills a society that only needs peace and reconciliation with ego and morbidity,” said Sergio Mendoza, regarding the same practice. in that place. 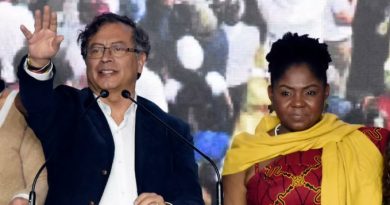 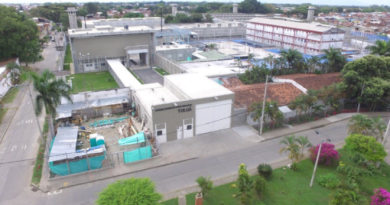 At least 49 dead and 30 injured after prison riot sparks fires in Tulua, Colombia