International tourists will be back in Australia by March with the government to announce a date for opening the international border as early as Monday.

Home Affairs Minister Karen Andrews commented, “We’re very close to announcing when the airports will open.” She said that allowing the return of vaccinated holidaymakers and business travellers was a priority.

READ MORE STORIES:  Australia is now officially the Methamphetamine capital of the world

“We’re working to reopen our borders to tourists as soon as we can, but first we have to work with the states and territories to get their approval,” she said.

A source has confirmed that the cabinet’s National Security Committee will meet in the next few weeks to discuss re-opening the government.

Vaccinated Australian citizens have been able to travel through the country’s international border since November 1.

But with case numbers in Australia and abroad falling, focus is now shifting to non-essential travel such as holidays.

Covid cases and hospitalisations have been on a downward trend in recent weeks in almost all states except Western Australia.

More than 90 per cent of the country is vaccinated and 8.8 million booster doses have been administered.

‘It’s encouraging to see how our health system is responding to Omicron,’ Ms Andrews said.

We know some of our economy’s sectors are still struggling, including the tourism industry. We want to see tourists come back as soon as it’s safe to do so.

Australia’s international border was slammed shut to non-Australians in March 2020 and – after 23 months – struggling tourism operators are keen to see a return of foreign cash.

Ms Andrews said the government would make every effort to ensure that the international border stayed open.

‘I was very keen to reopen our borders to the economic cohorts and also to international students on December 1, but then we were hit with Omicron,’ she said.

‘We are prepared to deal with what comes our way, and hopefully once the borders are open, they remain open.’ 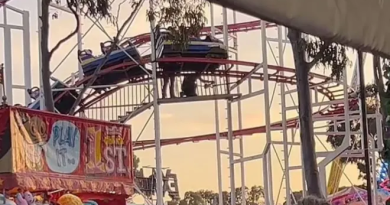 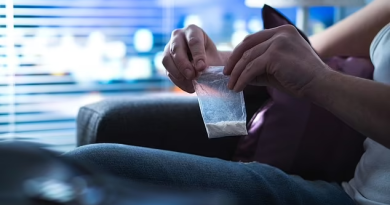 Australia is now officially the Methamphetamine capital of the world 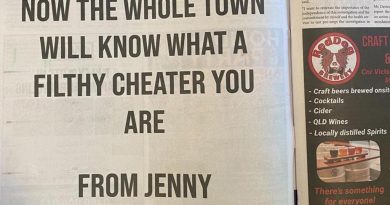 Dear Steve, I hope you’re happy with her,” the ad to shame ‘filthy cheater’ husband from wife Jenny