A 7 and a half year old boy and his 24 year old sister died this Thursday evening July 14 in Cholet, following the fireworks. A third person, from the same family, was injured. The public prosecutor of Angers, Éric Bouillard, evokes a shooting accident.

Two people died following the fireworks fired in Cholet this Thursday, July 14. The public prosecutor of Angers, Éric Bouillard, evokes a shooting accident between 11:05 p.m. and 11:10 p.m. A 7.5-year-old boy and his 24-year-old sister have died. A third member of the family was hit by fireworks and was taken to hospital, the prosecutor said.

The terrifying transformation of the dazzling spectacle in the sky into a threat was documented on dramatic footage, which showed families fleeing for their life.

READ MORE STORIES:  Cargo jet ends up in the ocean after landing at the airport in Montpellier

The terrifying video clip was captured on July 14 at the gathering that was held to celebrate the beginning of the French Revolution. In the film, one can hear people screaming and crying out during the event.

Shortly after 11 o’clock in the evening, eyewitnesses reported seeing flames sparking on the grass as parents anxiously clung to their children.

The tragedy that befell the unnamed siblings occurred on Thursday, when they were both sadly died after being struck by the pyrotechnics.

In the mayhem, there were also seven other attendees who were injured, and a man who was 29 years old was sent to the hospital with burns.

According to the sources, it is suspected that he was a relative of the two siblings who were murdered.

Following the tragic fireworks show, a manslaughter investigation has been opened as a result of the incident.

Cholet Mayor Gilles Bourdouleix reported that there were approximately 70 firefighters who arrived on the site in western France in 15 vehicles.

He stated that this event marks the very first time there has ever been a problem with the well-known fireworks display that the town hosts.

Laurent Picard, who came to the fireworks with his two daughters aged 8 and 13, witnessed the accident, of which he posted some video images on Facebook.

“I was 5/6 meters from the explosion with my two daughters, I received sparks and felt the heat of the blast”, he testified to. “Fortunately, where I was placed I served as a shield for my daughters in a way”

At the end of this video of a little over a minute, we see what looks like the explosion of a rocket among a small crowd massed behind a fence, then shouts and people running in all directions, while flames are visible on the ground.

“Is it a rocket that went askew or exploded on the way down? It happened so fast, I couldn’t say,” he added.

READ MORE STORIES:  Matthew Mahony jailed for five years after he punched Matthew Carroll during a night out in Birmingham

Shortly after the explosion, Laurnet Picard said he saw a man lying on the ground, apparently burned, and a woman who was being given cardiac massage by rescuers.

“It was screaming everywhere, it was a bit of a panic,” he recalls, still shocked. “I took the girls to safety. It could have been us! I am deeply impacted and touched by these two deaths and the seriously injured”

Dozens of firefighters mobilized on site

Despite the incident, the fireworks were completed and the crowd dispersed, he said. About 70 firefighters were dispatched to the scene, according to the Courrier de l’Ouest.

The mayor of Cholet Gilles Bourdouleix, explained that members of the security would have “advised people” near the scene of the accident “to move away”.

The municipality has been working “for years” with the pyrotechnician in charge of the fireworks, he added, and “this is the first time” that such a tragedy has occurred during the July 14 festivities in Cholet according to him.

“It’s a terrible tragedy,” he commented.

The investigation was entrusted to the Maine-et-Loire Departmental Security and the Cholet police station. 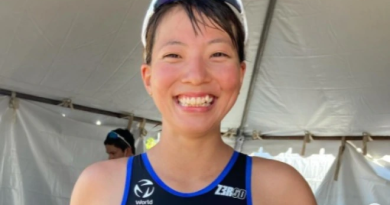 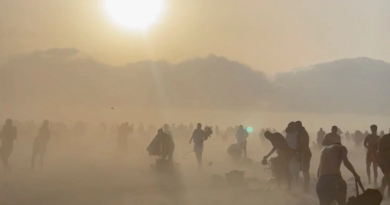 Kitesurfer killed as ‘tornado’ smashes him into seafront restaurant window