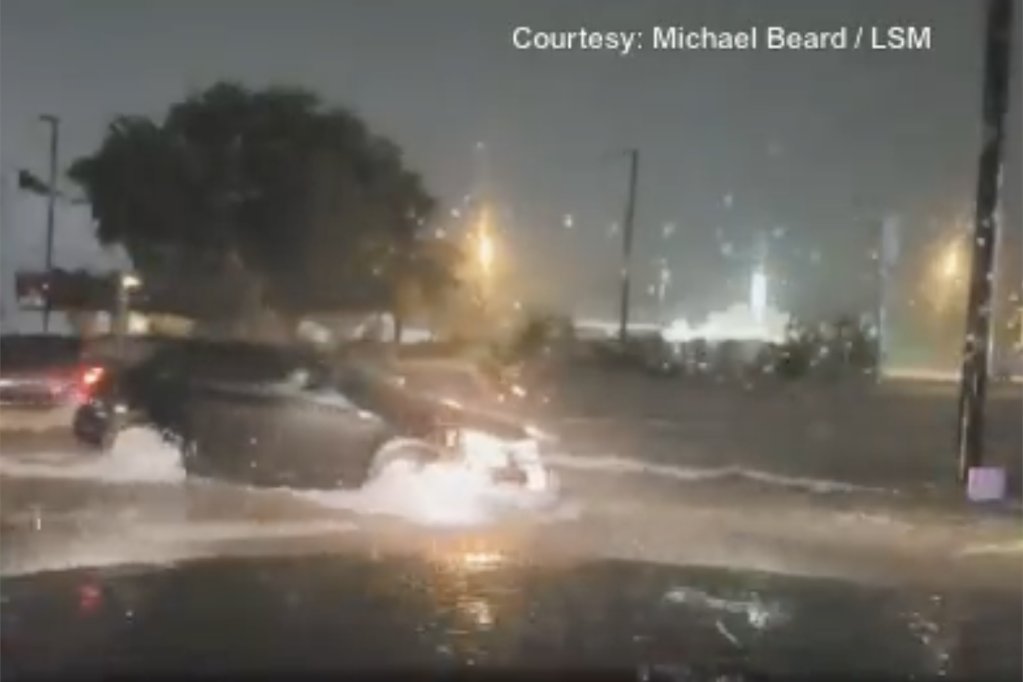 Water rescues have been called in practically non-stop across the entirety of Fort Worth, Texas as heavy rain continues to fall across the area. A few motorists even went over the barricades in places where they had made the split-second decision to turn around.

As heavy rain continues to fall over North Texas on Monday morning, reports of major flash floods and water rescues have been coming in from the Dallas-Fort Worth Metroplex.

Multiple Flash Flood Warnings have been issued around the region as up to 8 inches of precipitation has fallen within a few hours.

Flooding in metropolitan areas, highways, streets, and overpasses, as well as flash flooding of rivers and streams, is now ongoing, and people have been encouraged to keep off the roadways if at all possible.

The Dallas area has been experiencing nonstop precipitation ever since Sunday.

On Sunday, the city received 3.53 inches of rain, which was the same amount of precipitation that had dropped in the city between May 31 and August 20.

The amount of precipitation received is equivalent to 21 percent of Dallas’ yearly total of 16.83 inches of rain thus far.

In addition, 3.01 inches of rain poured in only one hour on Monday morning, making it the wettest hour since 1953 at Dallas-Fort Worth Airport.

Several roads and highways in the region are flooded, prompting the Dallas Police Department to warn motorists to avoid driving if possible.

The tweet from the Texas Department of Transportation stated that excessive water has forced the closure of the northbound lanes of Interstate 35W in Alvarado at the intersection with U.S. 67 for an extended amount of time. Since then, that stretch of the road has been made accessible again.

A video that has been shared on social media shows a number of vehicles that have become stranded on routes in the Dallas-Fort Worth Metroplex because of flooding.

Other pictures show water in the parking lots of apartment buildings, as well as automobiles that have become stuck in water that is several inches deep.

Even vehicles have been observed attempting to drive through the high water, despite the fact that officials warn that this is a very risky thing to do.

Never drive across a roadway that is covered with water since even a small amount of water can cause automobiles to skid off the road.

Never forget: Turn around or you will drown.