Alex Murdaugh, a South Carolina attorney who has been suspended after being accused of a series of criminal offenses, is now facing further charges, one of which is drug trafficking.

On Tuesday, the South Carolina Attorney General’s Office said that Murdaugh, 63, and Curtis Smith, 62, had been charged with two counts of oxycodone trafficking.

It is asserted that Smith, a distant relative of Murdaugh’s, played a role in Alex’s failed suicide attempt that took place in September of last year.

In addition to these charges, Smith is also being investigated for money laundering, forgery, and further drug trafficking offenses.

It is alleged that between 2013 and 2021, Murdaugh and Smith, along with the assistance of other individuals, carried out hundreds of illegal transactions in several counties located within the state of South Carolina in order “to facilitate the acquisition and distribution of illegally obtained narcotics.

After reportedly providing Smith with over 300 checks for a total of $2.4 million, Murdaugh is said to have participated in the conspiracy to commit financial crimes alongside Smith over the same time period in question.

The indictment said, “Murdaugh wrote the checks on accounts he controlled at multiple banks. He made the checks payable to different versions of Smith’s name and to close friends of Smith.”

Prosecutors say that Smith shot Murdaugh as part of an attempt to kill himself so that his son Buster could get a $10 million insurance payout.

Months before to the alleged suicide attempt, Murdaugh’s wife Margaret and their other son Paul were discovered dead outdoors of their expansive estate.

Murdaugh called the police on September 4, 2021, and said that an unknown truck driver had shot him in the head on a country road.

However, few days later, he confessed to the police that Smith shot him at his insistence in an attempt to fabricate the murder-suicide that he himself had committed.

Soon after, he was rushed to a treatment center for his drug addiction.

A wrongful death compensation that was supposed to go to the sons of Gloria Satterfield, Murdaugh’s former housekeeper, is said to have instead been transferred into a hidden bank account by Murdaugh in order to steal millions of dollars from the settlement.

READ MORE STORIES:  All victims were in the same fourth-grade classroom at Robb Elementary School

Satterfield passed away in 2018 as a result of a fall that occurred on the discredited lawyer’s property, and it is said that Murdaugh collaborated with her family “to sue himself in order to seek an insurance compensation.”

The two sons of the housekeeper are adamant that they did not get any portion of the settlement of $4.3 million.

Murdaugh has also been linked to other investigations, including claims that he plotted to sway a 2019 inquiry into his late son Paul’s drunken boating accident that claimed the life of a teen girl. 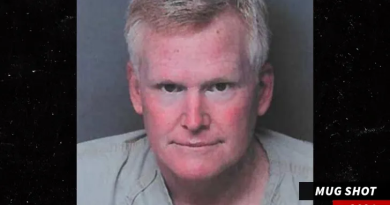 Alex Murdaugh charged with killing his wife and son