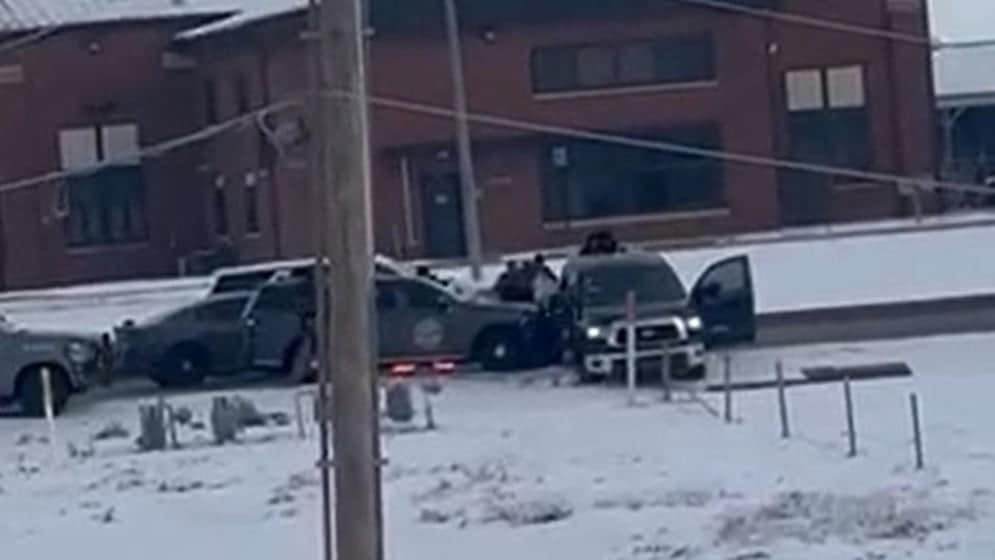 In a shootout that took place on Monday morning in Dodge City, three deputies were injured by gunfire, and a trooper with the Kansas Highway Patrol was bitten by a dog.

According to the KBI, the Clark County Sheriff’s Office made an attempt to pull over a car that was being driven by a suspect who was wanted, but the suspect managed to get away. The pursuit of the vehicle by the deputies began in the direction of northbound Dodge City. The Kansas Highway Patrol and deputies from the Ford County Sheriff’s Office eventually joined the pursuit of the suspects. After the suspect’s vehicle came to a stop, there was an exchange of gunfire between the police and the suspect. The incident took place in Dodge City at the intersection of Highway 50 and 113 Road.

Two members of the Ford County Sheriff’s Office have been injured after being shot. One of them is in critical condition and is currently being airlifted to a hospital in Wichita. The condition of the second deputy overall is satisfactory. Additionally, a sheriff’s deputy working for the Clark County Sheriff’s Office was shot and is currently in critical condition. Additionally, he is being taken to Wichita at this time. During the event, a Kansas Highway Patrol trooper was bitten by a K-9 officer; nonetheless, the trooper is doing well despite the bite.

The male suspect who was being pursued was fatally shot. Additionally, a female passenger in the vehicle was shot and is currently in critical condition. Additionally, she is being transferred to a hospital in the city of Wichita.

Because this inquiry is still in its early stages, we will provide additional details as they become available.

Due to an ongoing incident close to American Implement, located at 11311 E Wyatt Earp Blvd in Dodge City, the general public has been urged to stay away from US route 50 and 113 Road (East Wyatt Earp Blvd).

According to the police, there has been a gunshot that involved an officer, and numerous people who were injured have been taken to the hospital. First responders are currently on their way to the location.

According to the officials, the affected area does not contain any of the companies that are located in the surrounding region, and there is currently no extra risk to the neighborhood.

Advertisement
Related Topics:Dodge CityKansas
Up Next