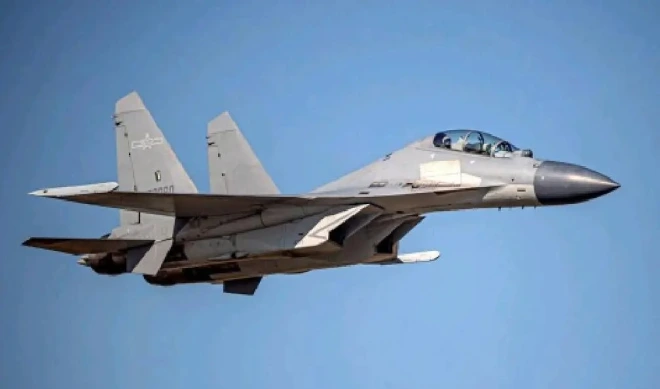 According to Taipei’s defense ministry, at least 27 Chinese planes breached the Taiwan Strait median line, prompting the islands to scramble their air defense systems out of fear of an invasion.

In all, 27 fighter aircraft entered the area as Taipei stepped up its defense after Nancy Pelosi’s visit enraged Beijing. This included 16 Su-30 airplanes.

In the most recent escalation of hostilities, Taiwan claimed that it had sent aircraft and missile systems into its air defense identification zone to “watch” Chinese activity there.

Leaders of defiant Taiwan have declared that, if necessary, they “won’t shy away” from combat with China.

“We are determined to maintain our sovereignty, liberty, and democracy,” the nation’s generals declared.

“We do not fear threats or difficulties. We won’t run from a conflict, nor are we looking forward to one.

“We have the ability and the desire to defend our cherished liberties and democracies and keep our region stable.”

Following the revelation that China had invaded Taiwan’s territory by blocking its sea and airspace during military drills, the country’s defense minister made the announcement.

The action was taken just hours before Pelosi, the highest-ranking American official to visit the disputed island in 25 years, left the area on Wednesday.