The devastating final words of a pilot discovered in a radio communication describe the minutes before a 23-year-old flight instructor Charles Crooks plunged to his death from his aircraft.

The bereaved family of Charles Crooks, who unexpectedly “jumped” out of an airplane without a parachute during an emergency landing, searching for answers.

The phone recording indicated that a Federal Aviation Administration employee transmitted the pilot’s disturbing statements to a dispatcher after phoning 911.

The FAA employee stated, “He said he leapt out of the aircraft.” “His co-pilot leaped out of the plane without a parachute so that he may hit the ground.”

Friday, a small aircraft had to make an emergency landing at Raleigh-Durham International Airport. Charles, a well-known “flying enthusiast,” was the co-pilot of the aircraft.

READ MORE STORIES:  Pilot dies after plane crashes onto I-85 in Davidson County

But when it landed, Charles was nowhere to be found.

Charles Crooks body was discovered in the back yard of a house in Fuquay-Varina. He died when he fell out of the plane.

Flight-tracking software revealed that both pilots contacted air traffic control to report that the plane’s right main wheel had fallen off.

One of the co-pilots stated that when they attempted to land at Raeford airfield, they “made a harsh landing, decided to circle around, and then lost control of the aircraft.”

Before anyone could ask, “Quick question, how do you intend to land at Raleigh-Durham?,” the two co-pilots were heard saying that there was enough fuel to fly in the air for another four hours before having to land.

One of the men responded, “Let’s get as low as we can, and I guess we’ll place it on the belly.”

Then, during a radio communication with the authorities, one of the pilots reported that the co-pilot had leapt out of the plane without using a parachute.

During the call to 911 that was placed by an employee of the FAA, additional details surrounding the horrifying scenario were discussed.

The FAA employees tried to discern what happened.

“I am sure the pilot is going to be shaken up,” an FAA employee said. “I have no idea.

“He literally just said, ‘My pilot just jumped out.'”

Crooks didn’t have a harness or parachute.

A family in the neighborhood reported to FOX3 that they were inside their residence when they heard a loud impact outside.

They did not observe anything in their backyard, but within a few hours, the neighborhood was flooded with law enforcement.

Investigators said Charles Crooks either fell out of the plane or jumped out of it while it was still in the air, but he didn’t have a parachute.

His father stated, “I can’t possibly imagine what occurred.” “We’ll figure it out, I suppose.”

His father stated that Charles Crooks had been a flight instructor for over a year and was certified to fly in almost any weather situation.

They are waiting for investigators to uncover the circumstances surrounding his death.

The other pilot was able to land the aircraft safely and sustained just minor injuries.

He was discharged from a nearby hospital on Friday night, according to officials. 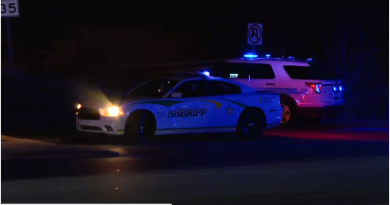 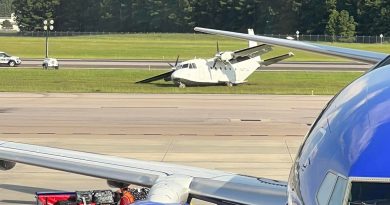 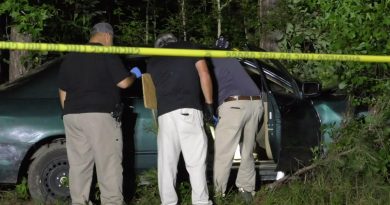