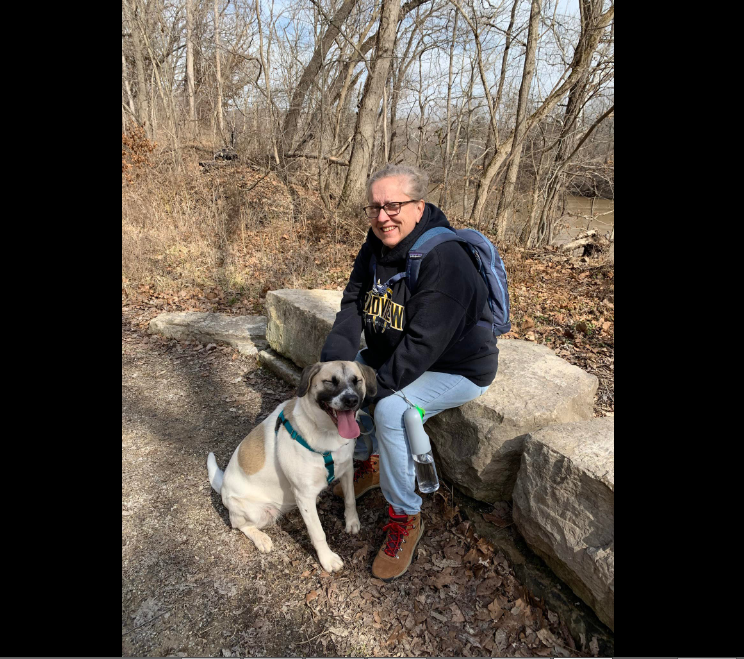 In 1979, Jean received her diploma from Lindbergh High School, where she was a standout athlete in the sport of field hockey. She received a field hockey scholarship to attend Southwest Missouri State University, which is now known as Missouri State. While there, she was a member of the 1979 field hockey team that won the National Championship. The Missouri Sports Hall of Fame honored that championship team in January of 2010, when the ceremony took place.

She started her career as a physical education teacher at Seven Holy Founders in Affton, Missouri, shortly after getting her bachelor of science degree in education. For the subsequent 16 years, Jean worked on developing a physical education curriculum for the children in grades K through 8 at SHF. Jean started her career as a teacher with SLPS in 2002 at Carr Lane, where she worked with middle school students exclusively. At first, she was a physical education teacher; later, however, she decided that she wanted to share her enthusiasm for health with others, and so she designed a health program for the middle school. After the state mandated that all high schools offer a health class, Jean moved to Central Visual and Performing Arts High School, where she has been a teacher of Health, Personal Finance, and Physical Education since 2008.

Along with her husband and one of her five children, Jean was residing in Dittmer, Missouri. She loves riding her bike and spending time with her seven grandchildren. She takes part in JDRF’s Ride to Cure every year to raise money for research into juvenile diabetes, a condition her 29-year-old son has battled for 19 years.

In a shooting that took place at Central Visual and Performing Arts High School in south St. Louis early on Monday morning, three individuals were slain, including the suspect.

Orlando Harris, 19, has been named as the suspect in a shooting at Central VPA High School in St. Louis. Harris and two others, a teacher and a teen girl, are dead.

According to the chief, Harris was a graduate of CVPA from the previous academic year and did not have any prior criminal history on record.

It has not yet been determined by the investigators how Harris obtained the long gun that was used in the incident. When the gunman was finally taken down, he was found to have a number of high-capacity magazines on his person, as confirmed by Chief Sack. During the incident, there were no reports of any injuries among the cops.

The chief said local and federal detectives are also seeking to uncover a motive for the shooting. They’re also attempting to figure out where Harris was before to going to CVPA.

When Sack was questioned if Harris had a list of previous school shooters and mass shooters in his hands, he responded by saying that all of that information would be revealed throughout the investigation. The chief only stated that a few pieces of evidence were taken from the vehicle occupied by the shooter.

At 9:10 a.m., the St. Louis Metropolitan Police Department dispatched officers to the scene. Lieutenant Colonel Michael Sack, the interim chief of the St. Louis Police Department, stated that it took only a few minutes for officers to reach the high school near the intersection of Kingshighway and Arsenal. They entered the school without delay. Students informed police that the guy had a long gun as students were leaving the building.

Officers rushed there after hearing gunfire. Officers and the shooter engaged with gunfire after they located the shooter. After being hit, the shooter was brought to the hospital. He was 19 years old when he passed away. At this point, it’s unclear what motivated this shooting. No policemen were hurt.

Eight individuals were hurt overall in this incident, including an adolescent girl Alexis Bell who was shot and died as well as an adult woman Jean Kirk Kuczka who was declared dead from gunshot wounds at a hospital. The other victims sustained a range of gunshot and shrapnel wounds. They are receiving care in neighborhood hospitals.

The remaining seven victims are all between 15 and 16 years old. The shooting left three people with direct gunshot wounds, one kid with a graze wound, two people with abrasions, and one victim with an ankle fracture.

“For all of us, today is a painful day. It will be difficult. While it appears that there were nine victims, eight were transported, and one was left behind, there are actually hundreds more. Everyone who made it through this will go home traumatized, according to Sack.

The Federal Bureau of Investigation (FBI) issued a statement at 10:05 in the morning stating that “there is no longer an immediate threat at the high school.”

According to the deputy superintendent of St. Louis Public Schools, Lori Willis, both CVPA and Collegiate High School are currently in lockdown mode. Both schools’ student bodies were removed from the premises.

Following a shooting that took place early on Monday morning, there is a significant police presence in the area of Central Visual and Performing Arts High School as three people were injured.

The cops were able to halt the shooter before he could enter the high school. “about six persons (including the suspect) were carried to the hospital with injuries ranging from gunshot wounds to shrapnel injuries and cardiac arrest,” according to the St. Louis Metropolitan Police Department. At this point in time, there is no information available regarding the ages of the victims, their genders, or whether or not they are students.

Children and police officers were spotted fleeing the building as it was being evacuated. Additionally, officers were observed assisting students in scaling fences and buildings throughout the incident. At one point in time, officers had their firearms drawn. The intersection of Kingshighway and Arsenal is where you’ll find the high school. The shooting took place around around 9:12 in the morning. There are also ambulances present at the location.

The police are going to deliver a briefing as soon as possible on this developing scenario. A gathering of students could be seen taking place at the Courtesy Diner on Kingshighway. They were later relocated to a parking lot that belonged to Schnucks that was located on Arsenal Street.

Both the Kingshighway and the Arsenal have been closed. The location has been cordoned off with crime tape so that the police investigation can continue uninterrupted.

Police are on site at Central Visual and Performing Arts this morning following reports of an active shooter and both CVPA and Collegiate are on lockdown. The shooter was quickly stopped by police inside CVPA. We have reports of two students injured and on the way to the hospital.

Students are still being evacuated from the schools and to safe and secure sites.

CVPA and CSMB parents: please go to Gateway STEM (5101 McRee Ave) to reunite with your students.

We will send information on where parents can reunite with students.