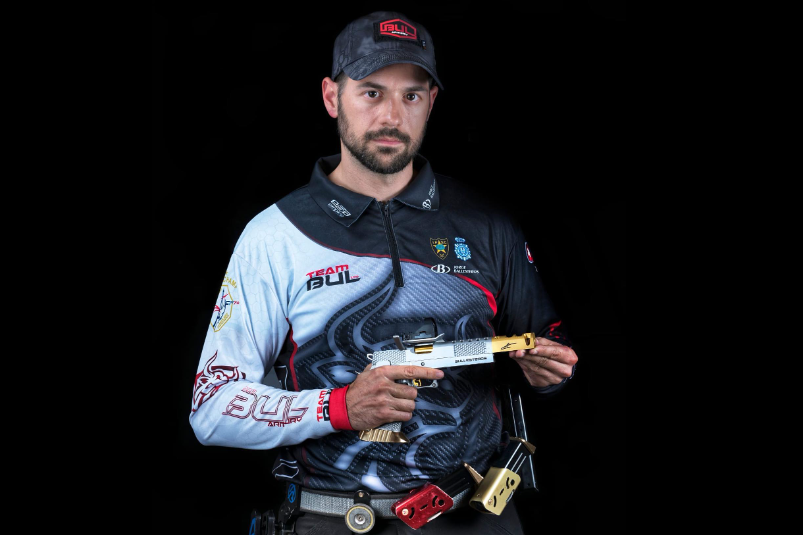 Jorge Ballesteros shooting world champion and national police officer, died at the age of 39 from a shot to the head. According to the Royal Spanish Olympic Shooting Federation (RFEDETO), the athlete was found inside his vehicle in a very serious condition with a gunshot wound.

He was immediately taken to the hospital where he ended up passing away.

World shooting champion in 2017, with three Europeans, six Extreme Europe Open and 17 Spanish championships to his credit, only a month and a half ago he had participated in his last competition, the World Championship in Pattaya, Thailand. Ballesteros was considered the best Spanish shooter of the moment.

The president of the RFEDETO, Miguel Francés, has conveyed his condolences to the family, expressing his “desolation” for the loss of whom he considered “a great athlete” and an “exceptional human being.”

“The excellent shooter from Madrid, a member of the National Police, was part of the most representative and awarded saga of our country in the specialty of Shooting Tours, and leaves behind a wife and two young children,” the Federation added in its statement.

Jay Briscoe aka Jamin Pugh and one half of the Briscoe Brothers, died in a car accident

Damar Hamlin discharged from the University of Cincinnati Medical Center

“New hat,” said the post’s title, which showed Jay wearing a hat that said “13 X” in a bold font.

Mark Briscoe, whose actual name is Mark Pugh, can be seen munching on cookies next to him in the picture.

A few hours later, Tony Khan, the owner of Ring of Honor, told everyone that Jay had died at the age of 38.

Briscoe, whose real name was Jamin Pugh, passed away on Tuesday evening, and the news was verified by Tony Khan, the owner of Ring of Honor and All Elite Wrestling companies.

According to the Wrestling Observer’s Dave Meltzer, Briscoe was apparently killed in a car accident near Laurel, Delaware, at approximately 5:30 in the afternoon.

The incident took place in the vicinity of Laurel Road and Little Hill Road at approximately 5:30 p.m. and resulted in the prolonged closure of the road.

Khan provided confirmation of the devastating news later on Tuesday.

“Unfortunately, Jamin Pugh has died,” Khan wrote in a tweet.

He was a star in ROH for more than 20 years, from the first show to the present. He is known to fans as Jay Briscoe.

“Jay and his brother Mark were the best in ROH, and they are still the champions to this day.

“We’ll do whatever we can to support his family. Rest In Peace Jamin.”

At ROH Final Battle 2022 on December 10, 2018, they beat FTR, which was made up of Cash Wheeler and Dax Harwood. This was the start of their last reign.

On January 17, Jay tweeted a picture of a new hat with a “13X” patch, which seemed to be a reference to the tag team’s 13 championships.

After the news of Briscoe’s passing spread throughout the wrestling community, tributes came pouring in almost immediately.

A tweet from a former ROH owner read: “The world has lost a magnificent man, and I have lost one of my children. RIP!”

The tag team of Usos wrote: “Jay Briscoe was a good friend. My heart goes out to your family. Go to heaven, uso.”