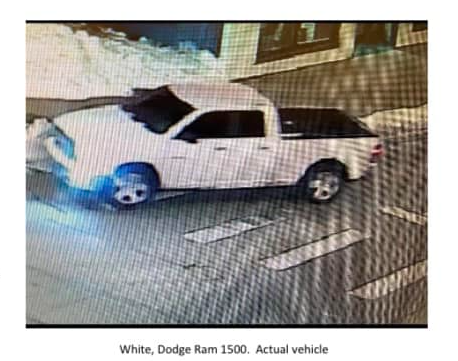 On Friday, January 20, 2023, shortly after 10:15 p.m., officers responded to the Brookstone Apartment Complex in the area of 2500 E. 1st St. for a weapons complaint, multiple shots fired.

Officers arrived locating one 18-year-old male in the parking lot. Fire and medics on scene declared the male deceased. A second victim, a 16-year-old male, was in the same apartment complex on the East side of the complex suffering from a gunshot wound. He was transported for medical treatment.

Detectives, in cooperation with the Larimer County District Attorney’s Office, are currently investigating.

Detectives are asking for the public’s help seeking information regarding a possible suspect vehicle, identified as a white Dodge Ram pick-up with tinted windows.

Detectives are asking anyone with information to contact Loveland Police Department at (970)-962-2032.

Anyone wishing to remain anonymous may also call Crime Stoppers of Larimer County at (970) 221-6868 or click here: Tip Form (p3tips.com).

Advertisement
Related Topics:ColoradoLovelandLoveland Police
Up Next

Video: Suspect Ronald Ray Mosley shot and killed in an officer-involved shooting at Walmart in Evansville