“HUMAN skin and bone” were discovered under a shredder at the workplace of Duncan Alexander Burrell Gordon who has been missing since May.

Duncan Alexander Burrell Gordon, who was 20 years old and had not been seen since May 5, was found dead in a recycling plant last month.

Tests conducted at Industrial Recycling & Recovery, Inc. in Greer, South Carolina confirmed that the guy died after falling into a shredding machine, according to the Spartanburg County Coroner’s Office, which made the announcement on Wednesday.

According to a news release from the Spartanburg County Coroner, the items discovered inside the machine were “consistent with human fat, tiny minute fragments of skin, and little pieces of bone.”

Gordon’s DNA test results were positive, and the coroner’s office received them on June 10.

Clevenger said: “I encourage you to also consider that the missing man weighed between 210 and 250 pounds.” He added that the average male had roughly 10.5 ounces of blood.

He said, “What the detective may have recovered weighs around 2 ounces.”

“The Sheriff’s Office was told that about 60,000 pounds of plastic had been processed between the time Gordon went missing and when the first investigator came to check out the machine.”

When he was last seen, Gordan was perched atop the machine that he had been working on during his nighttime shift at the recycling center.

According to Clevenger, the apparatus in which the bones of Gordan were discovered was examined a total of four times.

He stated that Gordon’s dad, a supervisor at the company, was the first person to examine the plant, followed by a uniformed patrol supervisor after the missing report was filed, sheriff’s investigators and cadaver K-9s, and finally Clevenger’s office.

After a total of three searches, personnel finally discovered certain materials hidden beneath the conveyor belt of the machine and examined them.

Clevenger elaborated, saying, “The substance was dried up so that it could be hydrated in a laboratory later.”

“After getting wet, it was tested and found to contain human blood.

“What we have tested, and the results showed that it originated from under a support under the conveyor belt directly after the plastic shredding machine.”

Clevenger stated that the investigation into the person who went missing has been concluded; but, because there was no body involved, a traditional death certificate cannot be issued in this situation.

Clevenger provided the following explanation in a news release: “We have contacted the family as well as the recycling company on this matter….

Because there is no one left to bring closure to the family, the regulations of the state necessitate that another remedy be pursued.

“The family has been informed about the procedure.”

After hearing the news, Gordan’s father expressed his despair, stating that he felt “lost without my son.” 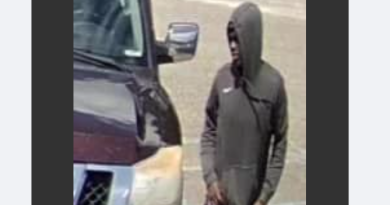 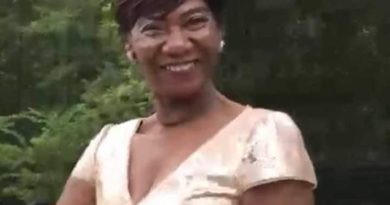 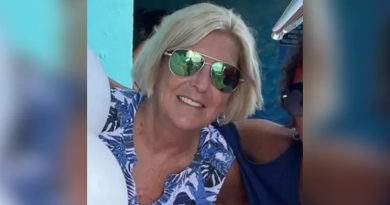