A MEXICAN cartel has slaughtered two priests inside a church after they allegedly prevented the drug traffickers from killing a man in their sanctuary.

Authorities in Mexico announced on Tuesday, June 21, that they are conducting a search for the bodies of the three persons who were killed in the church in Cerocahui, which is located in Chihuahua state and is located in a remote mountainous region of northern Mexico.

Both Javier Campos Morales, age 79, and Joaqun César Mora Salazar, age 80, were Jesuit Catholic priests. They were both shot and killed while trying to rescue a guy named Pedro Eliodoro Palma, who was characterized as a “tour guide.”

The office of the state prosecutor in Chihuahua, which is located along the border with the United States, acknowledged that Palma had sought sanctuary in the chapel in order to protect himself from an assault by a criminal gang.

Chihuahua The Governor, Maria Eugenia Campos, has confirmed that a third man has been slain, although she has not disclosed his identity. Nevertheless, President Andrés Manuel López Obrador stated during his daily press conference that the individual who was attempting to escape the assailants was also shot and killed.

A later investigation by the state government revealed that the third victim was a tour guide, and it stated that he had been kidnapped and brought to the church by the suspects in the shooting.

The killings, according to the governor, generated “great outrage, indignation, and anguish,” and “shook us to the lowest depths of our being.”

López Obrador stated that the authorities possessed information regarding possible suspects in the deaths, and he mentioned that the region has a significant presence of organized crime.

The Roman Catholic Society of Jesus in Mexico issued a statement in which they sought justice as well as the repatriation of the bodies of the deceased. It was stated that their remains had been removed from the church by armed individuals.

The statement said that occurrences “like these are not isolated.” The Tarahumara highlands, much like a large number of other areas of the country, are plagued by situations of violence and desertion, neither of which have been resolved. Men and women of both sexes are arbitrarily denied the right to live every day, just like our brothers who were murdered today.

According to Narce Santibaez, who is the press director for the Jesuits in Mexico, the assailants did not kill a third priest who was present at the church for some unknown reason; nonetheless, they did not heed the priest’s pleadings for them to leave the bodies of his two colleagues alone.

The surviving priest reported that his two colleagues had been shot multiple times at close range.

An official statement from the Tarahumara Diocese said the perpetrators, “not content with murdering them, have stolen their remains… leaving a trail of pain… among those of us who want to mourn them.” 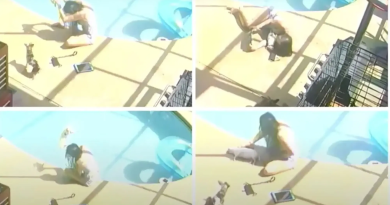