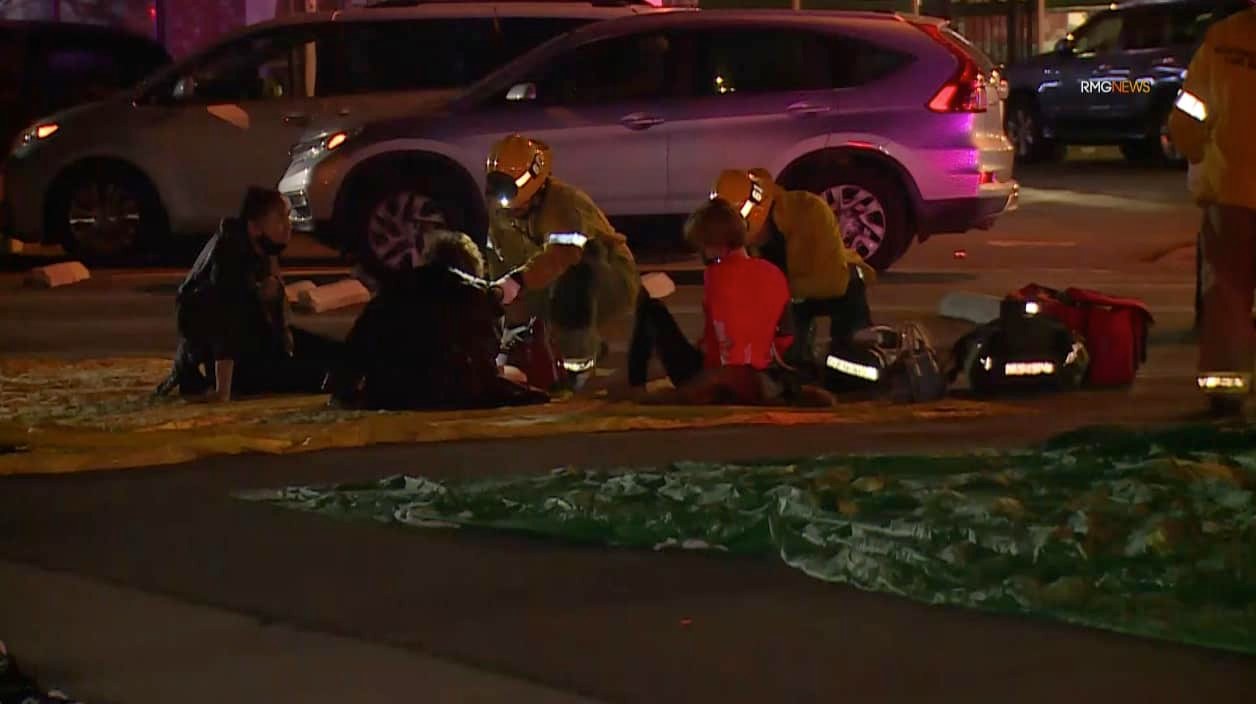 1 high power assault rifle has been recovered from one of the locations, sources tell FOX3. The timeline of incidents is still being sorted out. UNCLEAR if Alhambra incident happened before or after Monterey Park & UNCLEAR if suspect had multiple weapons.

Sources telling FOX3 that the incident in Alhambra, CA is related to the mass shooting & that police believe they know who the suspect is.

Here is what we know about the tragic mass shooting that took place in Monterey Park:

Biden was briefed on the shooting at the White House, and he authorized the FBI to offer assistance to local authorities.

According to a tweet by the press secretary for the White House, Karine Jean-Pierre, President Joe Biden has been briefed on the mass shooting that occurred in Monterey Park, California, on Saturday night, in which at least ten people were murdered and at least ten more were injured.

“The President has been briefed on the mass shooting that occurred at Monterey Park by the Advisor to the President on Homeland Security. He instructed her to make sure that the FBI is providing full support to local authorities and to keep him updated periodically today as additional details become available. In addition, he told her to make sure that she reports back to him immediately “Jean-Pierre sent the letter on Sunday.

At a press conference, Meyer did not offer any description of the person who was suspected of the crime.

The FBI is part of the investigation into the mass shooting in Monterey Park.

The Los Angeles Field Office of the FBI is assisting the Homicide Bureau of the Los Angeles County Sheriff’s Department, the Monterey Park Police Department, and other law enforcement agencies in their investigation of the mass shooting that occurred on Saturday evening and resulted in the deaths of at least ten people.

According to statements made by LASD Homicide Captain Andrew Meyer on Sunday, the sheriff’s “Homicide Bureau is working closely with Chief Scott Wiese and his agency at the Monterey Park Police Department.”

He continued by saying, “We are working with the California Governor’s Office of Emergency Services, the Federal Bureau of Investigation LA office, and numerous other law enforcement organizations.”

Most of the people in Monterey Park are Asian.

The city’s website says that 65.6% of the people who live in Monterey Park are Asian.

According to the city’s website, there are 61,096 people living there. The website also gives the following breakdown of the city’s population:

The median age in the neighborhood is 43.1, the website adds.

On Saturday night, a lot of people were shot near a Lunar New Year festival in Monterey Park, California. Monterey Park Police Chief Scott Weise says that the event that was supposed to go on until Sunday has now been cancelled.

“The festival that started on Saturday went on all day Sunday as well. We are cancelling the event that was supposed to happen later today out of respect for the people who died. The

10 people are dead after a mass shooting in Monterey Park, east of Los Angeles, police say. The attack occurred after a Lunar New Year celebration that attracted thousands.

According to a law enforcement source, the Monterey Park police department was reacting to reports of a shooting that had taken place on Saturday night and had resulted in several casualties.

A gunman is still at large, according to the police, after a shooting at a club in the Los Angeles region left 10 people dead and another 10 injured. According to the Los Angeles County Sheriff’s Department, those who were injured were sent to local hospitals, where their situations ranged from stable to serious.

The owner of the Clam House seafood BBQ restaurant, Seung Won Choi, who is located just across the street from the location where the shooting took place, stated that three persons came into his establishment and instructed him to lock the door.

They said that there was a man in the neighborhood armed with a semiautomatic weapon. According to Choi, the perpetrator of the shooting had a large number of rounds of ammunition on him, so when he ran out of bullets, he just reloaded his gun.

Choi stated that he believes the incident occurred at a local dancing club in the vicinity of the club.

Monterey Park Lunar Festival has been cancelled “At a news conference, he told reporters.

After ten o’clock in the evening, the incident took place close to the location of a Chinese celebration of the Lunar New Year. Tens of thousands of people had arrived by the time the festival’s first day began on Saturday, making it one of the largest Lunar New Year celebrations in the area.

People were eating skewers and shopping for Chinese food and jewellery when the crowds were at their peak earlier in the day. The hours of operation for the Lunar New Festival on Saturday were set to run from 10 a.m. to 9 p.m.

John, 27 years old and lives close to the gunshot site, declined to offer his last name. When he arrived home at approximately 10 o’clock, he heard approximately 4-5 gunshots. After then, he heard the “smashing” sound of police cruisers going down the street. He went downstairs at about 11:20 o’clock in the evening to check on the situation and see if anyone had been shot during the Lunar New Year festival.

“My first concern was that I know they’re having a Lunar New Year party,” he added. “I know they’re having a celebration.” However, he stated that by the time he got at the festival, all of the activities and stalls had been cleared away for the day. After going to the location of the incident, he observed one victim being transported away on a stretcher. Another individual’s arm was wrapped in a bandage when we saw them.

A video shared on social media showed law enforcement and emergency medical personnel responding to an incident on Garvey Avenue and treating patients.

People who were hurt were taken to more than one hospital in the area.

After hearing the news at approximately 12:30 in the morning, Edwin Chen, a delivery dispatcher who is 47 years old, rushed all the way over from Woodland Hills to Monterey Park. Chen spent his childhood in that location, and today he and a dozen or so members of his family and friends still call it home.

He expressed his sorrow that this had to happen right around the time that the community was getting ready to celebrate the Lunar New Year.

“Our hearts go out to those who lost loved ones tonight in our neighboring city, Monterey Park, where a mass shooting just occurred,” Los Angeles City Controller Kenneth Mejia, the first Asian American to hold citywide office in L.A., said in a tweet.

It was not known whether or if a suspect was being held in custody.

Advertisement
Related Topics:CaliforniaGarfield and GarveyMonterey ParkStar Dance Studio
Up Next