Multiple Police are at scene as they confirm at least three people have been shot at Xavier University, where the ceremony is taking place a suspect has been detained

Three persons were shot on the Xavier University campus in New Orleans on Tuesday, May 31st, according to the authorities.

Gunfire erupted following the Morris Jeff Community School graduation on the Xavier University campus in New Orleans on Tuesday, killing a lady and injuring two others, according to police.

At a press briefing, NOPD Deputy Superintendent Christopher Goodly claimed two women began fighting in the parking lot of Xavier’s convocation facility as jubilant graduates and their loved ones spilled out of the 10 a.m. event. The dispute intensified, and at least one individual pulled out a weapon and began firing.

According to authorities, three people were apprehended on the site, but it’s unclear what role they played.

FOX3 Now has learned that the woman shot and killed was the grandmother of a graduating student.

To have to go through anything like this on a day meant to be a time of celebration is a shame.” The scene was described as “terrible” by yet another eyewitness. ‘It’s just too much,’ she exclaimed.

The wounded were rushed to a hospital for treatment after gunfire broke out near the Convocation Center, according to New Orleans police.

A suspect was detained at the spot.

According to WVUE, which cited authorities, the incident occurred as the Morris Jeff Community School graduation ceremony was coming to a close. After the ceremony, a fight broke out, and “anything from 5-12 bullets” were fired, according to witnesses.

The conditions of the three victims weren’t immediately known. 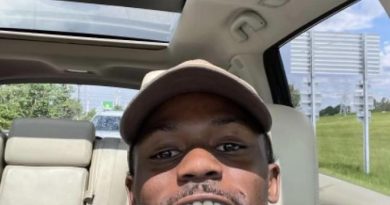