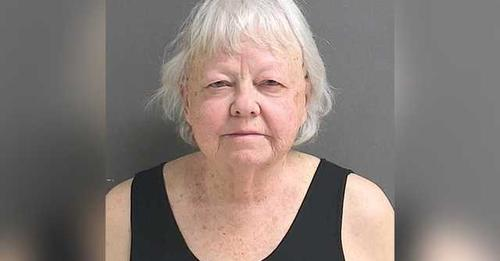 On Saturday morning, officers from the Daytona Beach Police Department responded to a shooting that took place at AdventHealth Daytona Beach.

Officers who responded to the call found a woman who had barricaded herself inside her husband’s room after she fatally shot and killed her terminally sick spouse, according to the police.

According to the authorities, there was just one other patient in the room with him.

“Upon arrival, our officers were directed to the 11th floor, where they encountered an elderly female who had apparently shot her terminally ill husband,” Daytona Beach police Chief Jakari Young said at a news conference.

According to the officers, both the employees and the patients who were close to the room were evacuated.

No one else has been wounded.

At approximately three in the afternoon, after some negotiating, the wife was taken into custody.

They were both locals to the city of New Smyrna Beach.

An investigation conducted by the Daytona Beach Police Department found that the pair had planned this several weeks in advance.

Jerry Gilland, a 77-year-old terminally ill man, made a pact with his wife about three weeks ago, the authorities said: If his failing health did not improve, he wanted his 76-year-old wife, Ellen Gilland, to kill him.

His health continued to decline, and so shortly before 11:30 a.m. on Saturday, Ms. Gilland brought a gun inside AdventHealth Hospital in Daytona Beach, Fla., went to Mr. Gilland’s room on the 11th floor and fatally shot him in the head, the police said.

“Apparently because he was terminally ill, they had a conversation about it and they actually planned this approximately three weeks ago that if he continued to take a turn for the worst that he wanted her to end this,” Young said. “Obviously, we’re unsure how she brought that gun into the hospital, but this was planned.”

She had planned to fatally shoot herself, too, but in the end, “she couldn’t go through with it,” said Chief Jakari E. Young of the Daytona Beach Police Department.

Gilland is facing charges of first-degree premeditated murder and aggravated assault with a deadly weapon.

“It’s a tragic circumstance because it just shows that none of us are immune from the trials and tribulations of life,” Chief Young said at a news conference on Saturday.