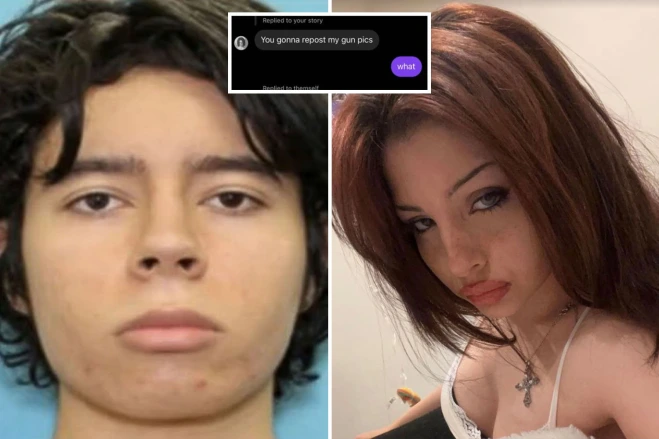 Before the attack in Uvalde, Texas, an account purporting to be the alleged gunman tagged a random user in a photo displaying firearms, which has since been taken down.

“You’re going to repost my gun photos,” the shooter wrote.

“What your firearms gotta do with me?” questioned the individual he tagged, who claims she doesn’t know the gunman and doesn’t live in Texas.

“Just wanted to tag you,” the shooter responds.

The gunman continued contacting the user with unclear statements throughout the dialogue, which the Instagram user gives through screenshots.

In response to a user’s question, “I’ll tell you before 11,” he answers, “I’m about to,” without providing any further explanation.

“However, you MUST RESPOND. I have a little secret. I’d like to tell you something.”

“The only reason I responded to him was because I was terrified of him,” the user stated in a statement posted to their story, which has also been highlighted on their account.

“I wish I had stayed awake to try to persuade him not to perpetrate his crime against me.”

“I’ve never met him and don’t reside in Texas.”

Since the news of the shooting came out, many fake Instagram accounts have been made with the alleged shooter’s picture.

Because of this, the person who was tagged added another comment to their story: “All of the people pretending to be him are sick. You’re disgusting.”