According to his buddies, the school shooter who killed at least 19 students was obsessed with the video game Call of Duty and sliced his own face for pleasure.

A buddy alleged that 18-year-old Salvador Ramos used to randomly shoot people with a BB pistol.

Before his conduct changed, Santos Valdez Jr., Ramos’ friend since elementary school, said they used to play video games such as Call of Duty together.

On one occasion, Ramos arrived to a park to play basketball with facial scratches.

Before admitting to cutting his face with knives, Ramos claimed that he had been attacked by his cat.

Valdez remembered, “I was like, ‘Bro, you’re insane. Why would you do that?'”

According to Valdez, Ramos stated that he did it for pleasure.

According to his eighth-grade best buddy, Stephen Garcia, Ramos was also a victim of school bullying.

And, according to a buddy, he used to egg people’s cars and shot at them with a BB gun.

A former classmate told CNN that Ramos posted images of his firearm days before he committed the slaughter.

He said that he was “close” to the shooter and that they used to play Xbox together.

The friend recounted, “He would occasionally send me messages, then four days ago he sent me a photo of the AR he was using… … a backpack filled with 5.56 bullets, possibly seven magazines.

“He then sent me a text message that said, “I look very different now. You wouldn’t know who I am.”

At least 19 students and two teachers have been killed.

Authorities said that Ramos crashed his car before he stormed into the school and started shooting.

The Texas Department of Public Safety’s Lt. Christopher Olivarez told NBC’s Today on Wednesday that all of the victims were in the same fourth-grade classroom at Robb Elementary.

Olivarez said that Ramos was locked in the classroom. 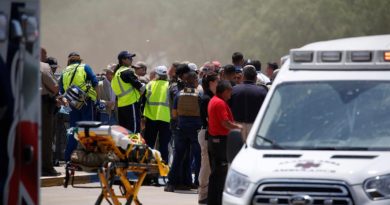 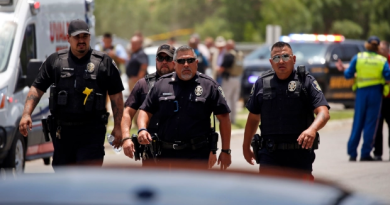