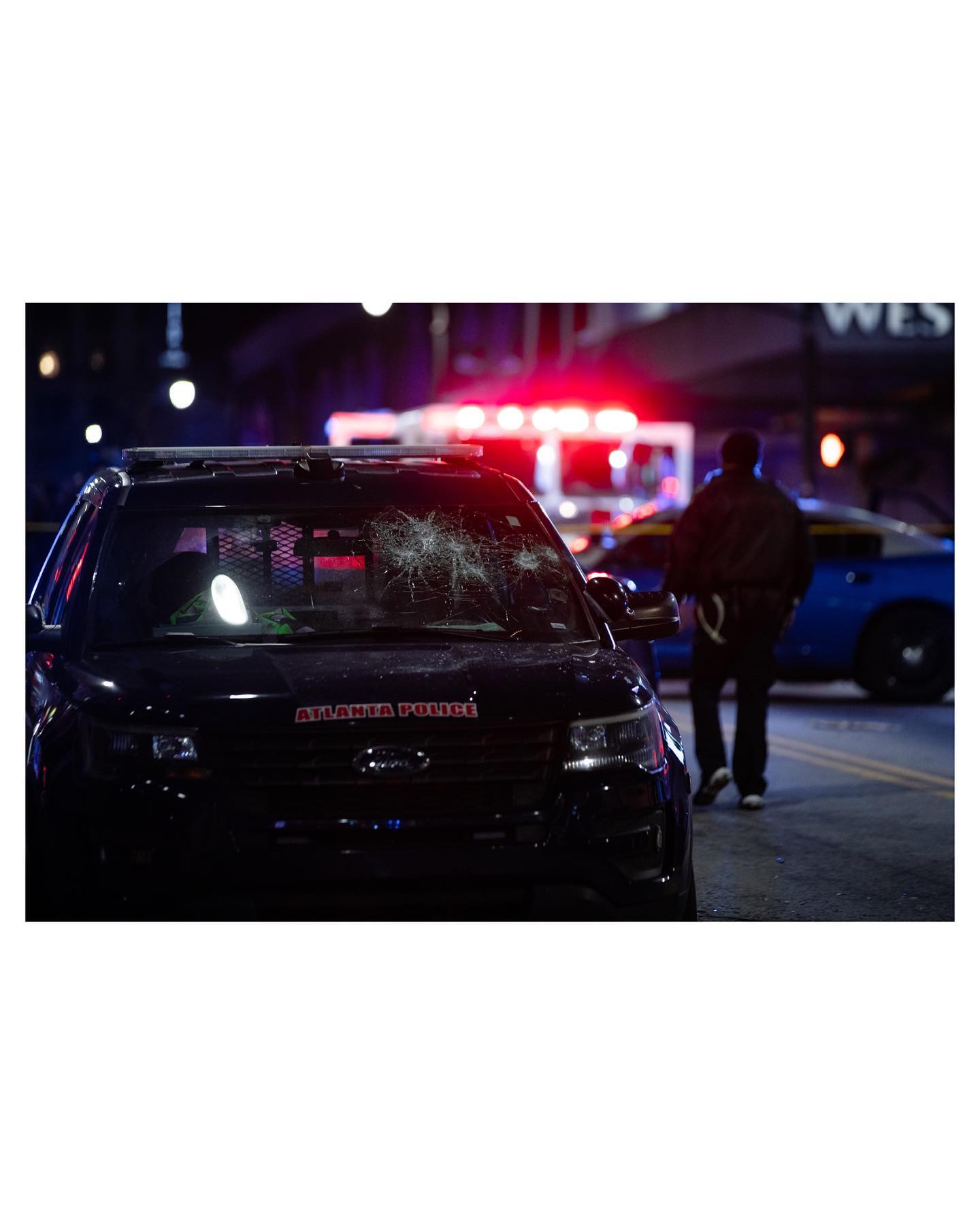 The Atlanta Police Foundation’s enormous glass windows were reportedly broken by protestors wearing all-black clothing and masks who flung rocks and lighted fireworks in front of the structure on Peachtree Street and Andrew Young Boulevard.

When the protestors reached downtown, they “began doing illegal behaviours, which included the breaking of windows and also attacking police cruisers that were in the neighbourhood,” according to Atlanta Police Chief Darin Schierbaum. The protestors were opposed to a new police training facility.

According to Schierbaum, police immediately put an end to the violence, and neither people nor law enforcement personnel were hurt.

However, he claimed that three businesses had suffered damage.

Some of the protesters tonight, according to Mayor Andre Dickens, came from beyond the area.

Dickens said that it was true that a police car had been set on fire.

Violence and unlawful destruction of property are not acts of protest. They are crimes that will not be tolerated in Georgia and will be prosecuted fully.