The US airstrike killed Maher al-Agal, the leader of ISIS in Syria and one of the top four ISIS leaders overall, according to CENTCOM.

According to NBC’s reporting, one of the top four ISIS leaders in Syria, Maher al Agal, was among those who perished in the airstrike.

Al-Agal and his deputy were the intended victims of the strike; however, it is not known whether the deputy also perished as a result of the attack.

CENTCOM has released a statement indicating that a second top ISIS leader affiliated with al-Agal has been injured.

It is not clear if the injured person was al-subordinate Agal’s or not at this time.

According to CENTCOM’s statement, an initial investigation of the attack revealed that there were no civilians hurt in the incident.

Syria’s US-backed Kurdish-led forces allege al-Agal was associated with ISIS and Ahrar al-Sharqiya, which has many former ISIS militants in its ranks.

According to Buccino, the elimination of these ISIS officials will hinder the terrorist group’s capacity to further plan and carry out assaults.

It would be the most current of several recent attacks against the terrorist organization in Syria. According to the U.S. military, a raid last month resulted in the detention of an alleged top leader of the Islamic State militant group and bomb builder.

The military reported that Abu Ibrahim al-Hashimi al-Qurayshi, the commander of the Islamic State terrorist organization, was killed in a nighttime raid by American special troops in northwest Syria in February.

The Islamic extremist group has suffered a setback during President Joe Biden’s Wednesday visit to the Middle East.

Before traveling to Saudi Arabia, Biden is anticipated to arrive in Israel on Wednesday for a series of meetings there and in the West Bank. 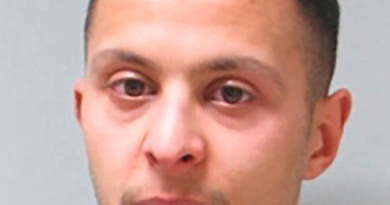