Vince McMahon, who has been in charge of World Wrestling Entertainment Inc. for a long time, agreed to pay more than $12 million over the past 16 years to stop rumors of sexual misconduct and cheating.

According to people familiar with the deals and documents reviewed by FOX3 News, the payments were made to four women, all of whom were formerly employed by WWE, who signed agreements with Mr. McMahon that forbade them from talking about any potential legal claims they may have against the 76-year-old executive or their relationships with him.

According to the FOX3, the four settlements McMahon is said to have already paid out are as follows:

A settlement in the amount of $7.5 million was paid out in 2018 to a former wrestler who claimed that McMahon “coerced her into giving him oral sex and then demoted her and, ultimately, denied to renew her contract in 2005 after she resisted more sexual encounters.”

An amount close to one million dollars was paid out to a WWE contractor in the year 2008 after she “submitted the firm with unsolicited nude images of Mr. McMahon she recounted getting from him and stated that he had sexually harassed her on the job.”

A payment of one million dollars made in 2006 to a former WWE manager who worked for the company for ten years and claimed that McMahon “started a sexual relationship with her.”

A payment of $3 million will be made in 2022 to the former paralegal who, according to rumors, had an affair with McMahon. The panel came to the conclusion that McMahon’s connection with this woman was one based on mutual consent.

A nondisclosure agreement for $1.5 million, which was signed in 2012 between the same former paralegal and WWE official John Laurinaitis, is also being investigated by the board at this time.

On June 17, following rumors of the probe as well as the purported payment, McMahon made the decision to voluntarily stand down from his position. In a statement that was sent by the corporation, he made other commitments, including “full cooperation to the investigation” and “pledged to accept the findings and outcome of the investigation, whatever they are.” Stephanie McMahon, McMahon’s daughter and a professional wrestler, was promoted to the position of interim CEO and interim Chairwoman after having previously served in the role of chief brand officer for the firm. 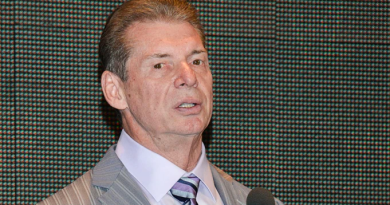