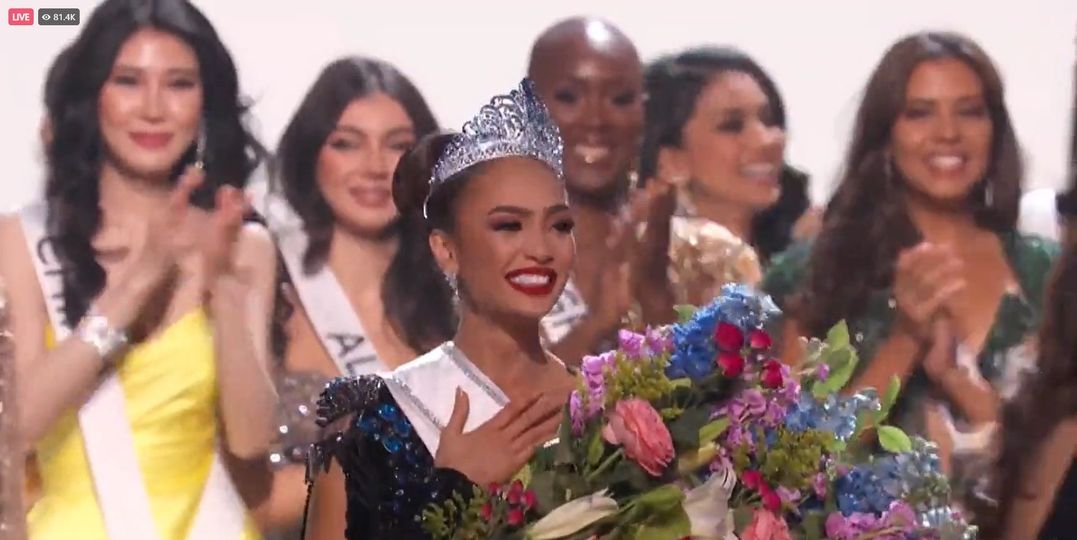 The 71st year of the pageant will feature 86 female competitors, including R’Bonney Gabriel.

Gabriel told the Houston station of ABC News in October 2022, “My dad came to the United States from the Philippines on a college scholarship and with about $20 in his pocket.

“He wanted to pave a new life for himself. He met my mom in Texas, who is a country woman from Beaumont. I’m a very proud Filipina Texan.”

Her bio says that in her free time she likes to hula hoop, go backpacking, and read.

Gabriel graduated from the University of North Texas in 2018 with a degree in fashion design and a minor in fibres.

She learned to sew when she was 15, and she fell in love with making things out of fabrics and textiles.

After she graduated college, she went on to New York City to work as an intern for the fashion designer Nicole Miller.

Gabriel’s bio says that she is “an eco-friendly fashion designer, a sewing instructor for women who have been victims of domestic violence, an artist who helps women learn tools for success, and an advocate for sustainability in the fashion industry.”

She acquired a coat at a thrift store and refashioned it into a dress to wear for the opening number of the Miss Texas USA competition. Her ensemble was completely unique.

She will frequently design and make her own clothes to go to interviews as well as practises.

In December 2021, when she was 28 years old, she was the first Filipina-American to win Miss Texas USA.

Before she started working for the Miss Universe Organization, she was a model for a total of six years.

Assistant Director Pleads to Negligent Use of Deadly Weapon 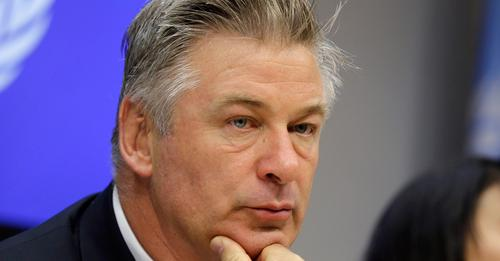 SANTA FE, N.M.—New Mexico First Judicial District Attorney Mary Carmack-Altwies announced on Thursday that, in keeping with her commitment to pursue justice for all victims and to hold everyone accountable under the law, her office before the end of the month will file criminal charges in the “Rust” film-set shooting.

“Rust” actor and producer Alec Baldwin and armorer Hannah Gutierrez-Reed will each be charged with two counts of involuntary manslaughter in the death of Halyna Hutchins on the film’s Santa Fe County set in 2021.

Assistant director David Halls has signed a plea agreement for the charge of negligent use of a deadly weapon. The terms include a suspended sentence and six months of probation. A copy of the plea agreement will be available after it has been filed with the court.

No charges will be filed specific to the non-fatal shooting of “Rust” director Joel Souza.

“After a thorough review of the evidence and the laws of the state of New Mexico, I have determined that there is sufficient evidence to file criminal charges against Alec Baldwin and other members of the ‘Rust’ film crew,” Carmack-Altwies said. “On my watch, no one is above the law, and everyone deserves justice.”

The first charge can be referred to simply as involuntary manslaughter. For this charge to be proved there must be underlying negligence. Under New Mexico law, involuntary manslaughter is a fourth-degree felony and is punishable by up to 18 months in jail and a $5,000 fine. This charge also includes the misdemeanor charge of negligent use of a firearm, which would likely merge as a matter of law.

The other charge is involuntary manslaughter in the commission of a lawful act. This charge requires proof that there was more than simple negligence involved in a death. This is also a fourth-degree felony punishable by up to 18 months in jail and up to a $5000 fine. This charge includes a firearm enhancement, or added mandatory penalty, because a firearm was involved. The firearm enhancement makes the crime punishable by a mandatory five years in jail.

“If any one of these three people—Alec Baldwin, Hannah Gutierrez-Reed or David Halls—had done their job, Halyna Hutchins would be alive today. It’s that simple,” said Andrea Reeb, the special prosecutor appointed by the DA to the case. “The evidence clearly shows a pattern of criminal disregard for safety on the ‘Rust’ film set. In New Mexico, there is no room for film sets that don’t take our state’s commitment to gun safety and public safety seriously.”

Carmack-Altwies and Reeb will formally file charges with New Mexico’s First Judicial District Court before the end of the month. Following the filing of charges, each defendant will be issued a summons with the charging information. Shortly after receiving the summons each defendant is required to make a “first appearance,” a procedure that is often referred to in other jurisdictions as an arraignment. That first appearance can be done virtually, and defendants can even move to have their first appearance waived. First appearance dates are set by the court, not by the District Attorney.

Given that the First Judicial District in New Mexico is only impaneling grand juries under certain circumstances due to ongoing COVID restrictions, the next step after first appearance will be a preliminary hearing. In this process, a judge takes on the role of the grand jury. The District Attorney and the special prosecutor present their case to the judge. The judge then rules whether there is probable cause to move forward with a trial. The dates for a preliminary hearing will be set by the court, not by the District Attorney. However, preliminary hearings are typically scheduled within 60 days of charges being filed.

“There is a very clear process for pursuing justice in this case,” Carmack-Altwies said. “We are committed to upholding the integrity of that process to ensure equal justice under the law.”

Once charges are filed, more detailed paperwork will be available online through the court that details the evidence the DA and the special prosecutor cite. An announcement will be made to the public when the charges have formally been filed.

The District Attorney received the final Santa Fe County Sheriff’s report on October 27, 2022, and moved quickly to carefully and thoughtfully review the evidence, allowing the DA to make her decision on charges less than three months after receiving the initiating report.