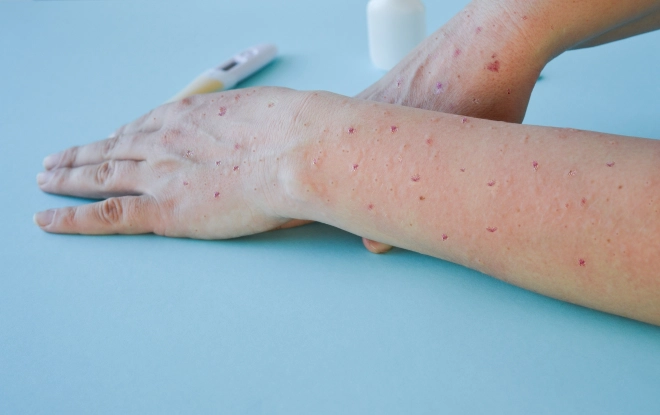 The World Health Organization has declared a global emergency due to the spread of monkeypox, which has occurred in more than 70 countries.

According to Dr. Tedros Adhanmon Ghebreyesus, the probability of individuals in Europe contracting the virus is “high.”

Dr. Tedros reported that the monkeypox virus has now spread to more than 75 nations, affected more than 16,000 people, and claimed the lives of five of them.

“Because the outbreak is changing, I called the committee back together on Thursday of this week to look at the latest information and tell me what to do,” he said.

Even though there was still a “low danger” that the virus would spread as more people traveled, he said that there was a “clear risk” of future worldwide transmission.

At a news conference earlier today, Dr. Tedros stated, “In short, we have an outbreak that has moved over the world swiftly, through new routes of transmission, about which we understand too little, and which satisfies the requirements in the International Health Regulations.”

In May, there were outbreaks all over the world, and experts are still trying to figure out how to stop them.

Anyone can get sick, but it’s more likely if you’ve been close to or had sexual contact with someone who has symptoms.

Historically, symptoms of monkeypox have included a high temperature, swollen lymph nodes, headaches, and aches and pains in the muscles.

A rash appears after the symptoms, first on the person’s face or mouth and moving to other areas of their body, especially the hands and feet.

In other more recent instances, however, patients first noticed a rash in their mouth, around their genitalia, or on their anus.

In addition, some patients did not develop extensive rashes but rather dispersed or localized lesions in portions of their bodies other than their face, hands, or feet.

Young Americans use more marijuana and hallucinogens than ever, says NIH